Executive Producer, Director, Writer: Mr. Kasbo is the producer and director of the upcoming film, A Thousand And One Journeys: The Arab Americans. At the age of 9, Abe was shot in the knee during an uprising in Aleppo, Syria one year before immigrating to the United States with his family. The Kasbo family eventually settled in Paterson, New Jersey after landing at JFK Airport on September 3, 1980.

Growing up in Aleppo, Abe watched American television programs and was fascinated by the spirit, ideas and ideals he found in programs like The Virginian and Little House on the Prairie. Incidentally, Little House, was picked up from Turkish Television and translated from Turkish to Arabic by his grandmother. Abe was fascinated by comic books like Batman and Superman, who stood for “Truth, Justice, and The American Way.”  Perhaps no day went by in Abe’s first 10 years in Aleppo where he did not either learn or hear about America.

A marketing and public relations communications expert, he is CEO of Verasoni Worldwide, an integrated marketing and public relations firm in Montclair, NJ. He is a sought after speaker nationally and internationally.  Kasbo was named to NJBiz’s 40 Under Forty, appeared on the cover of Arab-American Business, and has been featured in the media as a commentator on crisis communications, branding, public relations and marketing communications matters. Kasbo is fluent in English and Arabic and is also proficient in French. He holds a Master’s Degree in Public Administration and Bachelor of Arts in Political Science / International Relations from Seton Hall University.

In 2007, he founded Zeitoune FilmWorks, LLC to produce A Thousand And One Journeys: The Arab Americans, the first ever feature-length, broadcast quality documentary chronicling the rich yet silent history and contributions of Arab Americans to the American fabric.

Writer, Editor: Ms. Amella is an award-winning writer, producer and director based in Chicago and Montevarchi, Tuscany and currently serves as co-managing partner of Modio Media, LLC a full-service production company created in 2006.

In 2007, she wrote, produced and directed And They Came To Chicago: The Italian American Legacy, which aired as a primetime special on WTTW11 (PBS) and NBC5 as part of an unprecedented partnership she brokered between these stations. Narrated by popular film and TV actor Joe Mantegna, the program garnered a Midwest/Chicago Emmy nomination, 5 Silver Telly Awards in multiple craft categories, and was recently named a finalist in a video competition sponsored by the Pietro Conti Regional Museum of Emigration in Umbria.

Ms. Amella holds an M.A. in Radio-Television (1993) from San Francisco State University, where she served for three years as a lecturer in the Broadcast & Electronic Communications Department, and a B.A. in Italian Literature (1988) from the University of California, Santa Cruz. She previously served as a consultant and instructor at the Bay Area Video Coalition, one of the nation’s largest media arts training centers, and briefly worked in broadcast news at KGO-TV-San Francisco.

A former Fulbright Fellow to Palermo, Italy (Film Production, 1998-99), Ms. Amella continues to lecture widely on topics related to the Italian-American experience and Italian culture in the U.S. and Europe. She has received many grants for her media work, including from the Illinois Humanities Council, the California Humanities Council, the National Italian American Foundation, and the Order of the Sons of Italy’s Commission for Social Justice, among others.

She is the recipient of the 2011 Public Service Award from the National Immigration Council in Washington, D.C., and the 2007 Impresa Award from the Joint Civic Committee of Italian Americans for outstanding contributions to her field. 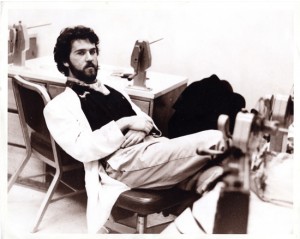 Martin started as a print editor, correcting and refining restroom graffiti on the walls of St. Joseph, Missouri’s Central High School in the late 1970s. A decade later, after post-graduate work in food conveyance and interior relocation, he served as apprentice editor on two feature films and then at National Geographic Television in Washington, DC. Here, he advanced to assistant and then film editor during the last days of flatbed editing. This classic apprenticeship taught him not only the nuances of rhythm, continuity, and the role of audio — earning him a national Emmy for sound editing — but also the ins and outs of narrative structure. He also learned here how to speak of himself in the third person.

Martin spent the summer of 2003 in Rome cutting Iceman: Hunt for a Killer for Discovery Television, the summer of 2004 discovering Chicago and the summer of 2005 searching for his keys. Desert Bayou, his summer project for 2006 & 2007 enjoyed a national theatrical run in the fall of 2007 and was nominated for an NAACP Image Award for Outstanding Documentary in the Motion Picture Category. And They Came to Chicago: The Italian American Legacy, 2007’s winter project won five Silver Tellys including one for editing and aired for a while pretty much every other day on WTTW. Summer 2008, Martin co-produced, cut, mixed and color corrected Good People, a twisty little half-hour fiction film which played to laughs, gasps and thunderous applause at film festivals around the country, eventually finding its way back home to the Chicago International Film Festival where Martin promptly proceeded to lose his glasses. The winters of 2008 & 2009 were partially spent enriching young minds at Columbia College, Chicago. Much of 2010 & 2011 were spent cutting the feature-length, festival favorite, documentary, The Grand Deception. 2012 started with his first full-length fiction feature film, Between Western and California, a portrait of a young artist in Chicago’s Humboldt Park neighborhood. No, it’s not about Martin. 2012 rolled into 2013 filled with perfect days as Martin cut, uh, Perfect Day, a beautiful short narrative written and directed by the Jeff Award-winning Derrick Sanders. It was an official selection at twenty festivals and won major awards at five of them. Somewhere in here, Martin found time to cut five episodes of American Greed for CNBC. 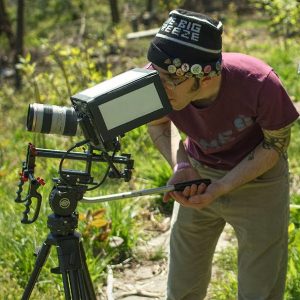 James is a filmmaker and editor living in Austin with a love of Italian cinema, folk music, and large dogs. He spent the first two of his undergraduate years at Bard College and his last two at Eugene Lang College, earning a B.A. in Culture & Media. Since graduating in January 2012, he has served as Director of Photography or Lead Editor on multiple short films, webseries, and features. James has also written and directed multiple short films, his most recent titled ‘Cafe’, and is nearing the completion of a feature-length screenplay. His proudest moment thus far is shaking Ti West’s hand during a scene in Joe Swanberg’s Silver Bullets. 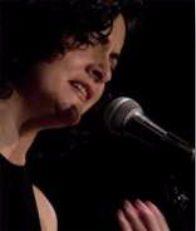 Gaida is a vocalist and composer working at the intersection of the New York Arab and improvised music scenes. Her compositions draw on classical Arabic song, Syrian folk traditions, and improvisations that expand on traditional Arabic maqams (modes) to produce an original and highly personal style marked by great emotional intensity. An acclaimed singer from an early age, Gaida was raised in Damascus and later lived in Kuwait, Paris, and Detroit, where she received classical voice training at Wayne State University. Now settled in New York, Gaida works with leading Arab and creative-music artists such as Amir ElSaffar, Brahim Fribgane, Tareq Abboushi, Omer Avital, and Rufus Cappadocia. She also is a member of other New York-based groups including Ayyoub, Zikrayat, and Tarab Ensemble. Gaida has composed and recorded for major motion pictures, including Jonathan Demme’s Jimmy Carter: Man from Plains, in which she recorded with Gillian Welsh and Alejandro Escovedo 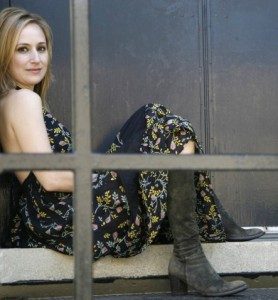 Heather Raffo is the narrator of A Thousand and One Journeys: The Arab Americans. Heather Raffo is the solo performer and writer of the Off
Broadway hit, 9 Parts of Desire which details the lives of nine Iraqi women. For her creation and performance of 9 Parts and its national and international tour, Heather garnered many awards including a Lucille Lortel Award, and the prestigious Susan Smith Blackburn and Marian Seldes- Garson Kanin playwriting awards, as well as Helen Hayes, Outer Critics Circle and Drama League nominations, for outstanding performance. 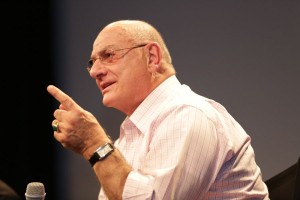 Associate Producer Dr. Kayal is the second American born son of Melkite Greek-Catholic parents from Aleppo, Syria. He attended Fordham University where he majored in Sociology and from which he received, at the age of 27, a doctorate in the Sociology of Religion and Intergroup Relations.

He was hired by Seton Hall University in 1970 as chairperson of the Sociology and Anthropology Department wherein he became a central player in establishing its reputation as a scholarly and accessible department. Since 1975, with the publication of The Syrian-Lebanese in America, he has published no less than 25 articles on Arab Americans, including three Bibliographic Guides to Arab American Studies. In 1995, he edited for publication, The Coming of the Arabic-Speaking People to the United States by historian Adele Younis. Recently, he co-curated the exhibit Arab-New York at the Museum of the City of New York and co-edited its companion text, A Community of Many Worlds: Arab Americans in New York City. (New York: Museum of the City of New York, 2002). In a related, but different vein, he recently re-issued with his cousin, Virginia Jerro Gerbino, A Taste of Syria (www.syrian-cuisine.com). Professor Kayal is credited with over 50 published articles either on AIDS and Volunteerism, Eastern Rite Catholicism and/or Arab Americans. He has also received several outstanding teaching awards.

A southern transplant in Montclair, New Jersey, Jules Armstrong is a new addition to the documentary team. Traveling throughout the US since an early age, she has gained an appreciation for the culture, tradition, and diversity that enrich communities in a priceless, integral way. This love of people led her to pursue a Bachelor’s of Science in Psychology at East Tennessee State University, rooted in lower Appalachia. Science and people, however, were not her only passions.

Thanks to her father, nearly every waking moment of her childhood was documented with the family camcorder or her dad’s 88 Nikon. Re-living those moments years later instilled a deep understanding of the progression of time and the importance of documentation. A self-taught photographer, she has interned with various professionals, with special interest in promoting local musicians. Photography and film are areas she has been working in as past-times until her addition to the team earlier this fall.

Today, she embraces her multi-faceted interests with purpose, design, and vision. With over 5 years of experience in psychological research, she is now lending her fine attention to detail and expertise to this documentary.